Here’s the thing- generating publicity for your film and growing your social media audience can have a huge impact on viewings of your film, assisting with your presence as a filmmaker, and growing an appreciative fan base that will support your art going forward. And we’re here to help you achieve those goals. 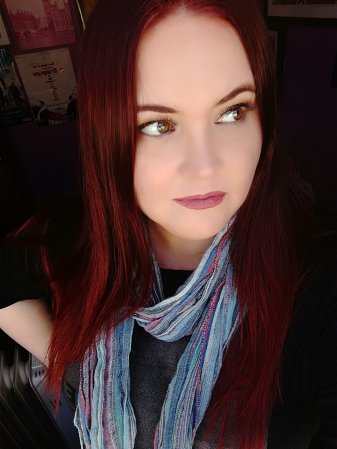 I’m Lynnaire MacDonald, and I’m here to support you with publicity and social media marketing services that are affordable and make an impact.

Since 2014 , Film Sprites PR has worked with filmmakers in the US, UK, Canada, Australia and New Zealand to provide publicity, social media marketing strategy and implementation, brand consultancy and crowdfunding campaign strategy and assistance. Film Sprites PR has worked with many filmmakers, including providing post-release publicity and social media marketing assistance for Night of the Templar, starring Paul Sampson, Norman Reedus, and David Carradine; as well as assisting with the Kickstarter campaign for Us Among the Stones, the second film from D.R. Hood. Hood’s first film, Wreckers, starred Benedict Cumberbatch, Claire Foy and Shaun Evans. Us Among the Stones made its debut at the BFI London Film Festival 2019. Earlier this year I established and ran (during the SXSW Festival run) the social media channels for Alice, the winner of SXSW 2019’s Narrative Feature prize, as well as the winner of the Cherry Picks First Female Feature Award.

As well as weaving words and connecting media and audiences to filmmakers, I have worked part-time at Boosted at The Arts Foundation NZ. Most recently, I was the Wellington Communications Assistant for the 2019 New Zealand International Film Festival. I have contributed articles to The Big Idea about social media marketing and self- promotion for artists, and spoke about the latter on Radio New Zealand.

I have a Bachelor of Arts in History (minors in Communications and Sociology), and a Certificate in Public Relations and Business Communication. In addition these qualifications, I have completed the PRISM: Public Relations Career Planning & Skills Course as well a Producer’s Foundation Course via Raindance LA. I have a wealth of skills, knowledge and experience to help you level up when it comes to publicity and social media marketing!

Want to know more? Get in touch and let’s chat about how Film Sprites PR can help you achieve your goals for your film and your filmmaking career going forward.