Recently on Sprites’ social media we’ve been revisiting the most annoying things you can do when using social media for your film, but with a decidedly fun and spooky twist. After looking at some scary social media habits to avoid (and given that we’re heading towards Halloween), it’s a good time to look at some great ways to connect with your audience via social media. Here’s some ways to bewitch your fans instead of having them running for the hills- no potions or incantations needed! 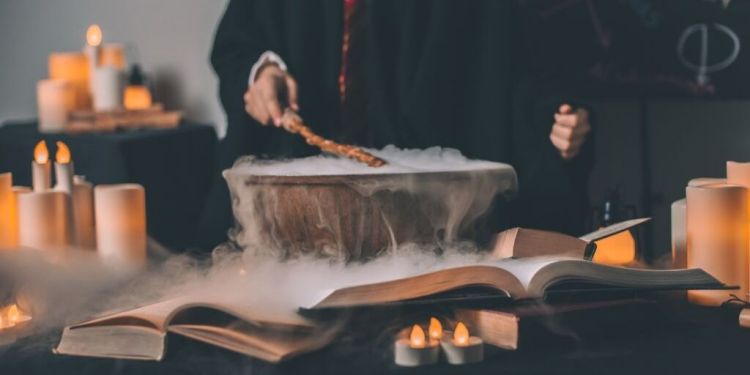 Let your fans in on the process: people absolutely love looking behind the scenes of film productions, so embrace that on social media. Whether you share stills on-set, quirky boomerang videos on your Instagram or Facebook stories, or do quick live videos on location, your fans will appreciate it. Plus, it serves as a poignant record of the process, which is something you can always revisit on social media at a later date for a Throwback Thursday (#TBT) post.

Start a conversation: there’s so many ways to engage with your social media audience, and starting a genuine conversation about a topic is one of them. It can be as simple as discussing a director and asking your fans to chime in on their favourite film from that director, having a poll via your Instagram or Facebook story, or, if you have a webseries, getting people to guess what they think might happen in the next episode.

Go live: this ties in with letting your fans in on the filmmaking process. Think about live streaming a Q&A session, getting someone on your team to live stream your red carpet premiere (and interview some of your cast and crew), or provide quick production updates.

Share fan content, rave reviews and great posts: how many times do you hear from people “oh my gosh, [famous person] re-tweeted me/shared my post”? Make sure you share fan art that’s been shared with you, glowing reviews and great feedback. Even just sharing a heartfelt YouTube comment from a fan can not only make their day, but shows your audience that you genuinely care about their love of your work.

Let your creativity lead the way: social media isn’t just about posting content. It’s about creating a story and starting a dialogue. And doing that doesn’t have to be dry and boring. In fact, the sky’s the limit when it comes to the ways you can engage with your fans via social media. In pre-production but want to give people an idea of the mood and vibe of your film? Think about creating a mood board on Pinterest, or sharing a collaged mood board via Facebook and Instagram. Listen to certain music while you’re working? Share a Spotify playlist of those songs. People genuinely appreciate creative touches that help with the anticipation of your film or webseries.

So don’t just use social media…make magic happen with it!

Want someone to help you with your social media magic? Check out our services HERE.