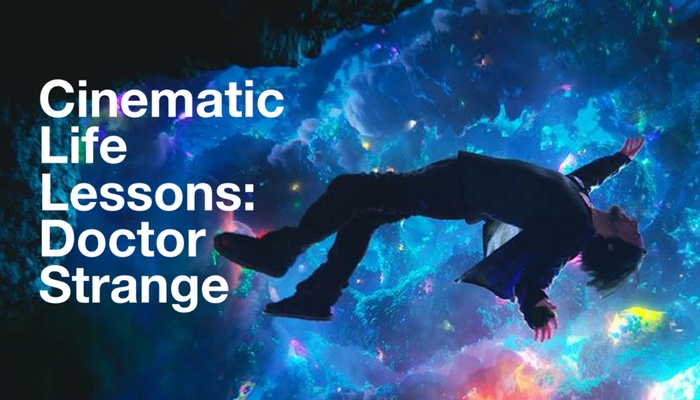 If you’ve been following our blog, you know that we have started a semi-regular feature that examines classic films and the life lessons you can glean from them. Whether you’re a filmmaker, an entrepreneur or a film fan, we’re sure there’s something to inspire you.

We’ll say this in advance to save frustration: SPOILER ALERT! Yes, there will be spoilers. You have been warned. Today we’re looking at one of Marvel Studios most esoteric and mind-bending of offerings, Scott Derrickson’s Doctor Strange. And no, you won’t find the steps for unlocking the dark dimension, but there’s some lessons in here that might inspire you. Whether you’re a filmmaker, an entrepreneur, a creative whirlwind or a dreamer, there’s something uplifting for everyone…well, at least I hope so! Here’s a few lessons you can learn from Doctor Strange:

Good things fall apart so better things can come together: This phrase may have been reduced to cutesy Instagram posts with sunsets, but it’s true. Take Dr Strange, for example: world-class neurosurgeon, cabinets full of awards, fast cars, expensive clothes and the ability to cherry-pick neurosurgery cases based on his level of interest. No more coiling aneurysms and performing discectomies- if it doesn’t pique his interest, it’s a no-go. In fact, it’s his craving for ‘interesting’ cases that is his downfall, because being distracted by scans while driving causes his life-threatening (and career ending) accident.

Losing this career is the end of the world for him at the time. However, had he not had his accident, he would not have risked everything to go to Kamar-Taj and seek the aid of the Ancient One, learning the magical skills needed to eventually become Sorcerer Supreme. Instead of saving one life on a case-by-case basis, as Sorcerer Supreme he has the gargantuan responsibility of protecting Earth from intergalactic and inter-dimensional threats. That’s an even bigger responsibility than he had before.

It can be absolutely devastating to lose something in your life. Whether it’s a relationship, a career or a dream (or if you’re really unfortunate all of these at once), there’s no denying that it can be awful. But sometimes in order for the new parts of our journey to come along, things have to be swept aside. We learn the lessons and then we let them go. It’s OK to grieve for what has gone before, but know that there are even greater possibilities waiting for you. 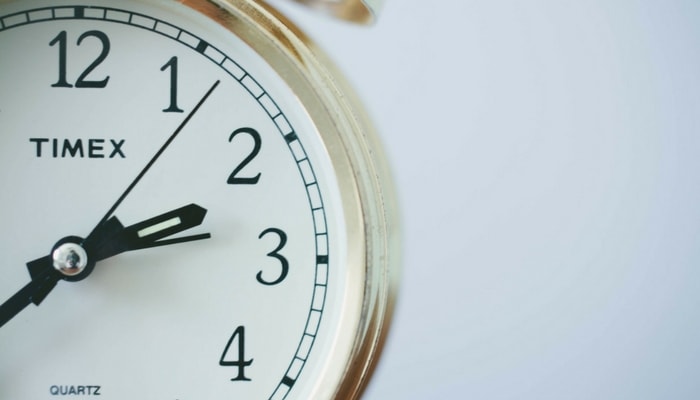 This too shall pass: Following on from this is the fact that everything in our life has impermanence. Think about Dr Strange- as a hotshot neurosurgeon he’s pretty sure that his prowess, success and accolades will last forever. He will save lives and be rewarded for it with praise and a hefty salary. That’s what he went to medical school for, right?

But then the accident strips everything away. What he thought was permanent was not. On the flip side, when he came to Kamar-Taj almost completely penniless and hopeless with hands that he believed were worthless, he discovered that this was an impermanent state as well. With the guidance of the Ancient One and opening up his own latent metaphysical abilities, he saw that he could again use his hands for something better. He could again save lives but in a different capacity.

Bad things do not last. But neither do good things. Our lives resemble an ocean’s tide patterns: it ebbs, it flows. So what does one do with this impermanence? I’m not eloquent enough to explain it, but I discovered a beautiful post about the lessons of impermanence and the story of King Solomon’s Ring (which is where the phrase ‘this too shall pass’ comes from) over at The Emotion Machine. It really is worth a read. 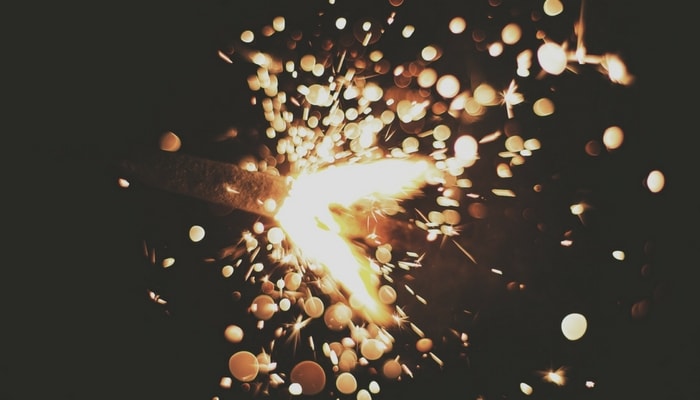 There are more possibilities for us than we can fathom: the Ancient One tells Dr Strange that she never saw his future, only his possibilities. In a way, the same is true for any one of us- we don’t know what the future holds, but we can glimpse the possibilities. Better yet, what we believe to be possible for ourselves is only a fraction of what we can potentially achieve.

Here’s an example from my own experience: when I founded Film Sprites PR in 2014, I had what I thought was a pretty crystal-clear idea of what was possible for me career-wise and in terms of my goals. To be honest, I was a little bit too rigid in my focus. I believed that in order to achieve what I wanted to achieve, I had to do things one way and that there were a finite number of ways I could achieve my goals. Boy, was I wrong…but in a good way! I was fortunate enough to receive an opportunity in 2015 that I had never dreamed possible. So while you’re aiming for your dreams, be sure to leave things open-ended and be well and truly open to possibilities you weren’t even looking for. Sometimes a new path will open up that you didn’t think would be valid for you. Feeling like nothing’s happening? There’s always something happening beneath the surface. Plant the seeds of your dreams, have faith in the roots growing and eventually things will blossom.