This is a very rare non-film, PR or social media marketing post from me, but I made the decision on the 6th anniversary of the Christchurch Earthquake to sit down and write about it. No fanfare, no trying to be clever…just my thoughts and feelings about the event.

Today, as I commuted home from the Central City (where a significant amount of damage happened during the quake), I glimpsed the opening of the new earthquake memorial. As the bus wound around past the Baptist Church site where a white chair memorial was located, every chair had a red carnation. Opposite this site there were flowers and notes left for victims of the CTV Building collapse. Someone had pinned a beautifully coloured rainbow scarf to one of the lattices. There were bright bouquets of flowers in the centre of the site.

It’s been a swelteringly hot day, much hotter than the day the quake occurred. In the morning prior to the quake it was cloudy and warm. I was living in the Central City at the time in a small two storey apartment block that never got any sun but was convenient due to its proximity to the Central City. I could walk to the centre of town in just under 15 minutes.

In 2011 I was a newly minted university graduate after completing my Bachelor of Arts the previous year. In September of 2010 we had had an earthquake and subsequent aftershocks, but for the most part Christchurch seemed to get its equilibrium back afterwards. We had no way of knowing that there was worse to come.

I walked back from the library and decided not to check Facebook or my e-mails, instead going upstairs to my bedroom to sort laundry. Had I stayed downstairs when the quake hit, I would have probably been hit by our 40 litre fish tank that was stationed behind the computer desk downstairs. When the quake hit, everything changed. I now measure life by two measures: pre-quake or post-quake. That’s how dramatic the change was.

I recall that evening after we had tidied downstairs to the best of our ability placing a bucket outside to catch the rain that was falling. We didn’t have any water left, as we’d used the last of what was left in the pipes to save our goldfish. It’s things like that that have a tendency to change your perspective. Stuff was just stuff- we had so many smashed, broken and water damaged items…but we were alive. We had power, and I could let my loved ones know I was safe via Facebook. Material goods can be replaced- people can’t. And unfortunately, many people were lost that day. Mothers, fathers, brothers, sisters, sons, daughters, friends, colleagues. It was a collective tragedy- we didn’t just lose New Zealand residents, there were people from around the world who lost loved ones who came to Christchurch to study, work or travel. 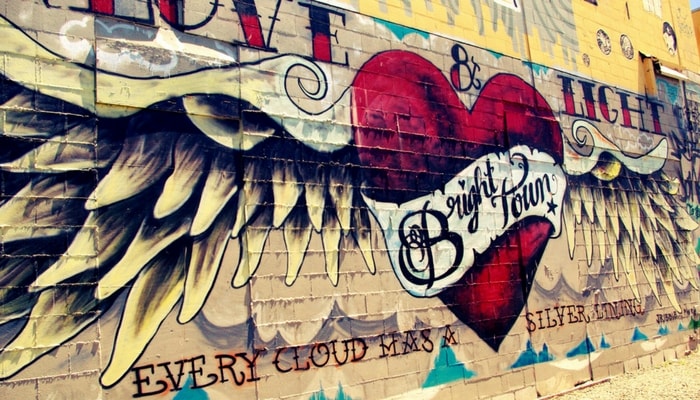 The one thing that people from other countries tell me is that they are amazed at how resilient the people of Christchurch are. Unfortunately, we’ve been knocked down over and over again since the quakes: there are still buildings that haven’t been rebuilt, we suffered recurring snowfalls in the winter of 2011 and we’ve been battling vicious fires on the Port Hills since last week.

But I don’t want anyone to feel sorry for us. The quake brought out the best in so many people. Leaders were born, volunteer groups were started (including the Student Volunteer Army which is still going strong today). Neighbours who had never spoken to one another were sharing resources and providing comfort. And yes, it’s been tough. Every time there was an aftershock you could feel the stress rising in your body. I briefly stayed with a friend in Tauranga after the quakes and her dog happened to whack his tail on the seat I was sitting on, causing it to vibrate. I was ready to run for the doorframe until I realised that I was somewhere where the quakes couldn’t “get me”.

6 years on, we’re still in a state of repair. The Christchurch Cathedral still stands in the centre of town, albeit with metal frames supporting what remains of it. A transitional cathedral was erected on another site; a building that allows a great deal of light in. All around the Central City there are glass and steel buildings popping up, new businesses, brand new restaurants to tempt southern foodies. A lot of people stayed after the quake. A lot left. Some returned. I have great faith in the people of Christchurch, and great love for them. We went through something collectively that I wouldn’t wish upon anyone.

In some respects, the quake really made me look at my life and my priorities. After my own dark time post-quake (which you can hear about more of here), a spark of hope and inspiration in the form of a film led me down the greatest path of my entire life. So even though I feel sad today and think about what we’ve lost and the beautiful people who were lost that day, I feel hopeful for the future. I feel hopeful for my own future and for the future of Christchurch.